In the year 2055, everyone on Earth learned about the Kessler syndrome:

”[It] is a theory proposed by NASA scientist Donald J. Kessler in 1978, describing a self-sustaining cascading collision of space debris in low earth orbit. It’s the idea that two colliding objects in space generate more debris that then collides with other objects, creating even more shrapnel and litter until the entirety of low earth orbit is an impassable array of super swift stuff.

At that point, any entering satellite would face unprecedented risks of headfirst bombardment.” Documentary videos about it: 1, 2.

In June, 19 of 2055, a large defunct satellite Envisat collided with an unidentified debris object. One accident started an avalanche of space debris collisions. Within a week, all low orbit satellites were hit, joining the list of other space junk orbiting the planet.

Governments had to respond, redirecting their military budgets to deal with the issue. So here you are, the best programmer in your class, freshly hired for programming debris collecting robots. Tomorrow is your first work day, get ready! 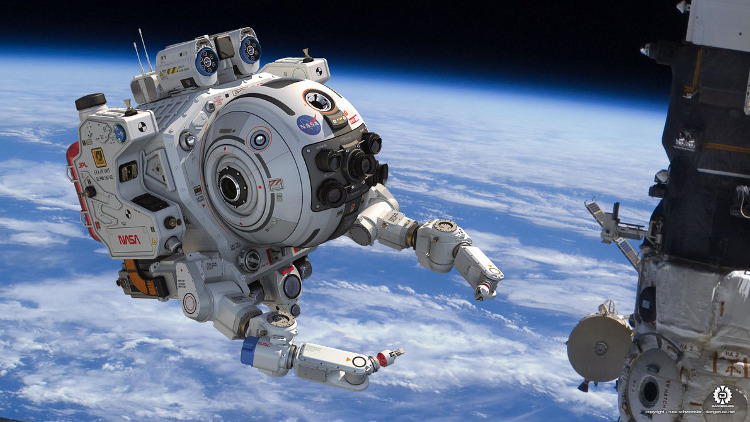 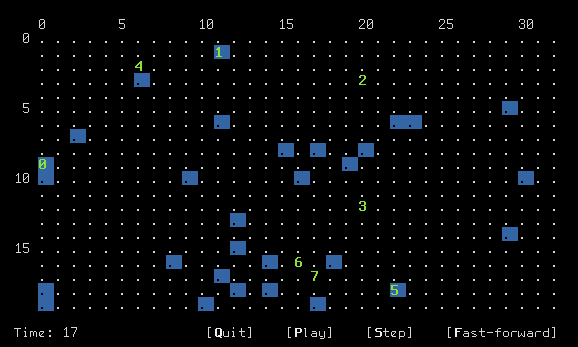 Here’s a picture from the Mission Control Center. Robots are shown as green labels 0, 1, 2, … , and the debris fields are blue squares. Each robot is equipped to perform the following actions:

Furthermore, each robot is identified by its id. The system is also tracking the location of every robot, which has two coordinates: row loc.r and column loc.c.

The maximum number of robots that can be programmed from the control center is 50, and their id numbers are always in the range from 0 to 49.

When operating in empty space with no debris, all robot operations take 8 units of time to complete. While, according to the safety standards, when working at a debris site, the same operations are carried with higher accuracy and take 80 units of time, which is 10x of the normal operation time.

To run Mission Control software on your computer, copy the supplied file mcc.zip and extract it:

you will get a new directory mcc. To compile the program, go to that directory, and while inside of it, type:

Building this software requires development files for “ncurses” library. They are already installed on the Linux Lab computers. To setup your own computer: On Ubuntu, this is package libncurses5-dev. On Cygwin, this is libncurses-devel. On Mac OS, this is ncurses package (brew install ncurses).

After building the software, you get an executable file mission. To run it with the default parameters, type:

There are three sections in the program window: the map, the information panel, and the game log.
By pressing the keys [Q], [P], [S], and [F] on the keyboard, you can quit, play, pause, step, or fast-forward.

The program can be also run with advanced options varying the map size, the number of robots, the amount of debris, the probability of robots crashing, and the random seed:

You can run the program with fewer options too, then the unspecified parameters assume their default values and are slightly randomized. For example, if you run it as

then the malfunction probability is set to default 0.0002, and the random seed is chosen at random.

Day 3. Can we program the robots already?

Your task is to program the robots’ logic so they do their work more efficiently. There is no hard cap on what you can do, the task is relatively open-ended. You can start with simple improvements, and progress towards more complex ones:

All robot logic is implemented in the file bot.cpp. This is the only file you are going to submit. Don’t edit the other files.

The provided code is already implementing certain reasonable strategy. It is quite simplistic for now and you, surely, can improve it. Let us first brief you on the robot programming interface.

There must be four functions defined in bot.cpp:

This is the initialization function that is run before the mission starts, it gets 6 parameters:

You are free to leave this function completely empty. However, if you would like to initialize global variables before the main robot execution starts, this function is a good place to do so.

This is the main robot logic function that is run for each robot, on each its turn.

It must return a valid Action, which tells the robot what it should perform on this one turn. Here, simply speaking, we are expected to look at the surroundings of the robot and decide what should be its next move.

This function will be run on each robot’s turn, until there is no more space junk to collect.

We can suggest you one simple but efficient robot logic to start with:
Start scanning the area around the robot using the function area.inspect. If you found a debris field nearby, make the robot walk towards it (return LEFT, RIGHT, UP, or DOWN in the direction of the debris). Otherwise, if the robot already stands in a debris field, collect it (return COLLECT).

This is a simple function that is run on each tick of the clock, and its parameters are the current time and the output log. For example, you can use it to print current time in the log.

This function is not critical for the main functionality, and will be discussed later on the Day 4. It is run every time a robot breaks, so you can program the other robots to repair it.

On rare occasions, a robot’s debris collecting mechanism can break due to collisions or manufacturing and software defects. This usually happens during the action COLLECT.

The proper course of action when a robot breaks is to send another robot to fix it. To help you identify such emergency situations, there is a function onRobotMalfunction, it is executed immediately after a robot breaks, so you can respond to it.

When a mission starts, we are provided with a prediction of the malfunction probability, it is passed as the argument mpr into function onStart. In usual conditions this probability is small and approximately equal to 0.0002, however it can be as large as 0.5. An advanced robot logic program can execute different behavior if this probability is high or low, if you wish to fine-tine your code in such a way, you can do so.

Your program is expected to control robots in a wide range of environment conditions:

Reminding you that the program can be run with specific values of these variables as follows (in the command below, substitute variable names with actual numeric values!):

(When running the program with non-zero malfunction probability, test your code with at least 2 robots, so one robot can repair the other when needed.)

To measure the debris collection rate of your robots, you are provided with a testing script test.rb. It is a Ruby script that can be run as follows:

An example output with highlighted average debris collection rate is shown below. Bear in mind that this is a randomized quick performance estimation test. The Gradescope testing script is slightly different, runs on a wider range of variable values, and is generally more accurate. So your numbers may vary when using this script and Gradescope: 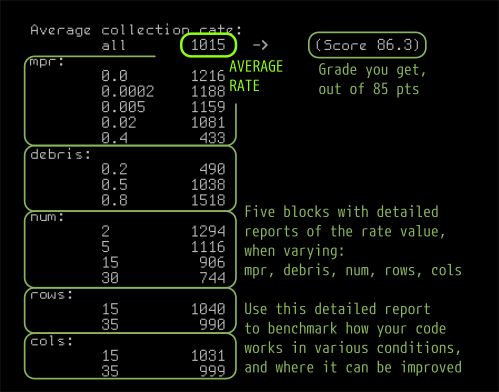 One important advantage of using this script rather than Gradescope, is that it benchmarks how your robots work for different values of the variables mpr, debris, num, rows, cols. If you see that the robots underperform under certain conditions, try to improve your code to work better for that range of conditions.

The expected running time of the test is within 15 seconds. If your code runs much slower (longer than 45 seconds), then it requires improvement.

Competing with your classmates / Leaderboard 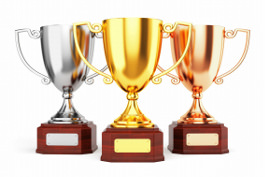 This project is more open-ended than the previous ones. To encourage clever solutions and ingenuity on your part, in addition to the normal grade, we also run a tournament, ranking your programs’ performance. The authors of the best programs will receive additional prizes (in the form of extra grade bonus), as well as bragging rights, of course, if you will.

The Leaderboard will be shown in your Gradescope submission, where you can see the relative performance of your code.

To submit your code, you will be required to provide a pseudonym that will be shown instead of your real name. Please choose pseudonyms not revealing your real name. If you want a suggestion on a fun nickname, see these generators, for example:

Late submissions are excluded from participating in the tournament, and also not receiving any bonus points above the points limit (cannot get more than the maximum 85 pts in performance grade). Otherwise, the usual lateness policy applies.

How to submit your programs

Everything should be submitted through Gradescope.

Upload only bot.cpp, no other files or executables.
You have to provide a pseudonym when submitting the file, which will be shown in the Leaderboard. The pseudonym should not reveal your real name, some suggestions for generating fun nicknames are listed above.

Start the file with a comment that contains your name and a short program description, for example: 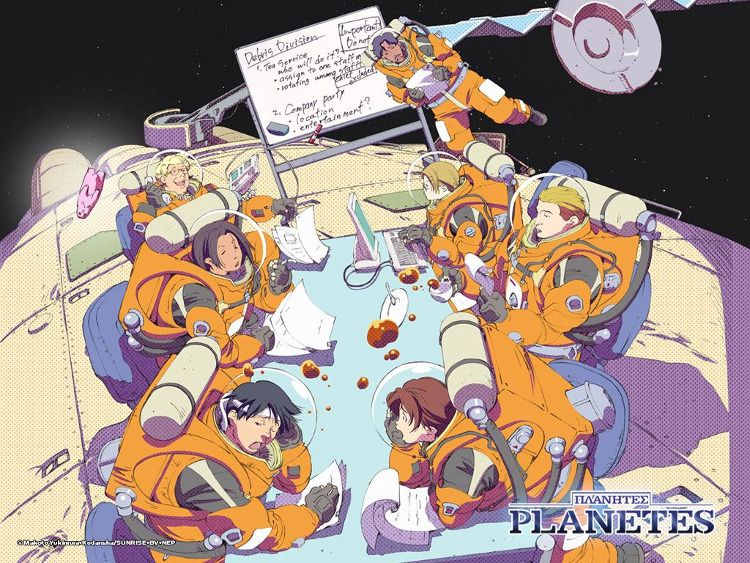 You May Also Enjoy

Lab on the Use of the Debugger

Lab on the Use of the Debugger